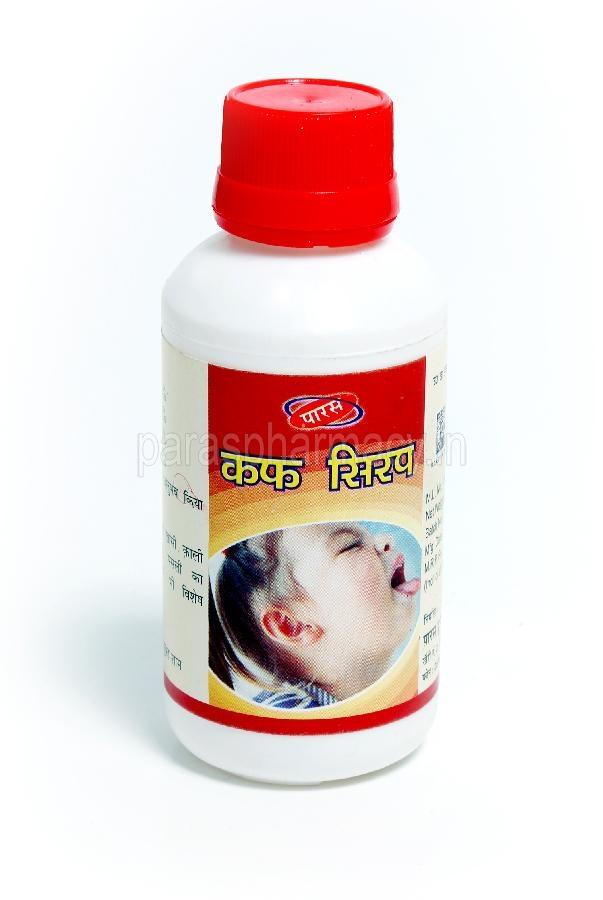 A cough and cold are common symptoms that can cause to anyone. Actually, this is not a disease. It is just a hindrance caused in the respiratory tract. It generally occurs in bronchial tubes, pharynx, pleural lining of lungs as well as trachea.

In Ayurveda, cough is named as Kaasa roga. A cough is classified into five types based on the causative factor - pittaja, vataja, kaphaja, kshayaja, and kshataja. The Pittaja cough occurs with yellow sputum and sometimes may have drops of blood too. Other symptoms of this cough include excessive thirst, fever, burning sensation in the mouth and the pharynx. Vataja cough is generally dry in nature. Other symptoms are the pain in chest and headache. In Kaphaja cough, one can see thick mucus discharge which is slimy and white in nature. Kshayaja cough is considered to be a very serious form of a cough in which pus is observed in the sputum. In Kshataja cough, dyspnoea and blood occur in the sputum.

The benefits of Sree Paras cough syrupare that it gives effective as well as quick relief from a cough without causing any side effects. Depending upon the type of coughs, Ayurvedic doctors generally prescribe different kinds of medicines. For Vataja cough type, kanakasava or kantakaryavaleha are prescribed. For Pittaja cough type, sitopaladi choorna along with chandansava or vasarishta is given. For kaphaja type of cough, Trikatu, Triphala, Guggulu, and Shilajit drugs are given.

India is a leading manufacturer of the superior Ayurvedic cough syrups that have been catering the requirements of the various individual. The drugs are formulated with pure and precise quality ingredients and herbs. All the medicines are processes as per scientific formula and under the guidance of experts.

Thus, to conclude, Sree Paras cough syrups the best medicine for treating all types of a cough.